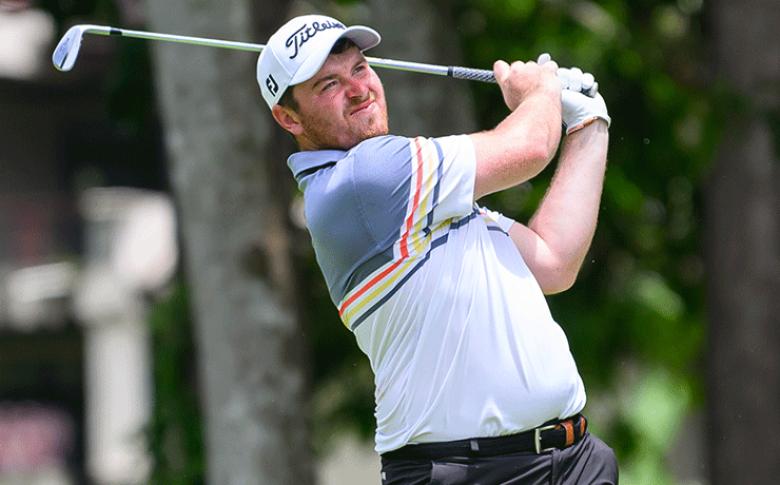 By Kent Gray
Freshly-minted MENA Tour champion Tom Sloman has cashed in on his impressive Beautiful Thailand Swing form with a career-best third-place finish in the Challenge Tour's Farmfoods Scottish Challenge supported by the R&A on Sunday.

The 25-year-old Englishman missed out on a playoff by a stroke but collected €18,931 for his efforts at Newmachar Golf Club in Aberdeenshire and is up to 23rd on the Challenge Tour OOM.

That's just outside the top-20 players who earn automatic promotion to the DP World Tour at season's end and further evidence of the MENA Tour delivering on its remit of prepping young players for the next level, be it the Asian Tour, via Europe or the PGA Tour.

Sloman captured the MENA Tour's 2020+ Journey to Jordan title in Phuket earlier this month, largely due to his victory in the Beautiful Thailand Swing's opening Laguna Phuket Challenge. You can watch highlights of Sloman's runaway five-stroke victory at Laguna Golf Phuket HERE.

The MENA Tour title earns Sloman starts in the next two Asian Development Tour (ADT) events in Indonesia plus an invite to one of the Asian Tour's upcoming $1.5 million-plus International Series events. Critically, it also guarantees Sloman exemption through to the final stage of 2023 Asian Tour Q-School, dramatically increasing his odds of progressing to a main tour.

The four quickfire Beautiful Thailand Swing events in Phuket, offering combined prize money of US$300,000 and enhanced OWGR status in a unique, cost-friendly 18-day period, were co-sanctioned by the ADT. It was the beginning of a strategic alliance where the merger of the MENA Tour and ADT schedules is mooted for 2023.

For the record, Spaniard Javier Sainz won the Scottish Challenge playoff with a birdie on the second extra hole to see off Switzerland's Jeremy Freiburghaus.

Swede Henric Sturehed, remembered for winning the 2017 MENA Tour Championship at Al Zorah Golf Club in Ajman and finishing 24th in the 2020+ Journey to Jordan OOM standings, finished in a share of 23rd at Newmachar.