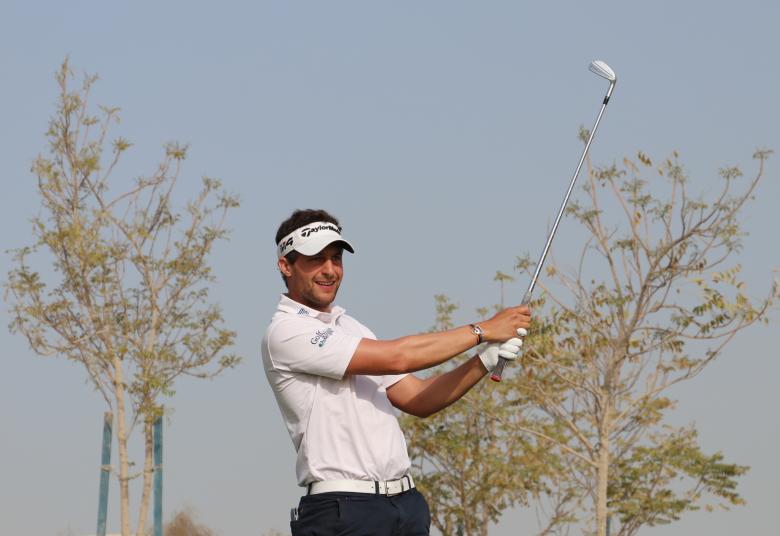 MUSCAT (Oman): Less than a week after his best friend won a title on the MENA Tour by Arena, Frenchman Antoine Schwartz was enjoying the rub-on effect as he took sole possession of lead after the opening round of the $75,000 Ghala Open on Monday.

Schwartz’s best friend Sebastien Gros, winner of last week’s NEWGIZA Open in Cairo and a former European Tour star, shot a four-under par 68 and was tied eighth along with six other players.

At the Ghala Golf Club, Schwartz started the day on the 10th tee and picked up shots on the 15th, 18th and second holes before making an eagle on the par-5 fourth, where he stiffed a three-iron second shot from 258 yards to four feet. He then made another gain on the seventh hole.

“It was a very good round. I hit the ball solid and even though I missed a few other birdie chances, you cannot be disappointed with a 66. There are always going to be a few putts that you are going to miss,” said Schwartz, who had shot a 10-under 62 on the MENA Tour last year in Dubai Hills.

“Sebastien is my best friend and it is always good to see your best friend do well. We both have the same status on the Challenge Tour and we will not get many starts before May. So we got talking and I told him that instead of staying in France, he needed to try the MENA Tour because it is an amazing Tour with very good weather, very good golf courses and very good competition.

“So, he came and won in his second event! I am waiting for my share of the prize money!!”

Plant’s round included a triple-bogey seven on the par-4 eighth hole before he had a sizzling back nine of 30. Locke was bogey-free after saving a courageous par on the final hole where he drove it into the wispy bushes, then chipped out backwards and made his up-and-down with a putt from 12 feet.

“I played very steady today and was bogey-free. Managed to save a good par in the end, which is always nice. Just need to get my wedges closer tomorrow and it can be even better,” said Locke.

Plant added: “My day was all right. Had a triple in there, which is always nice to see! But I bounced back well from that and had a chance to shoot 29 on the back nine but missed a short putt on the last.”

Striganov, a 16-year-old from Moscow, was delighted with his round that included two bogeys and was his second-best round in a competition.

“I shot a seven-under par in Portugal recently. But this was very nice because I made seven birdies and did not make too many mistakes and played really well,” said Striganov.